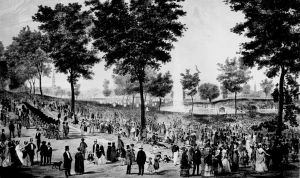 Celebration on the Boston Common, 1848 (National Archives and Records Administration, 535910)

Cemeteries and parks have a long, entwined history. Aaron Sachs, in his 2013 book Arcadian America: The Death and Life of an Environmental Tradition, explores how environmentalism influenced the development of places like the Boston Common and, in turn, rural cemeteries. In the 1820s, the large open field known as the Boston Common was being threatened by development. Citizens concerned about unchecked capitalism and the need for people to access green space eventually thwarted the attempts to develop it.  Inspired by the movement to save the Boston Common, the Massachusetts Horticultural Society purchased large tract of land with the idea of turning it into a place of “repose,” for both the living and the dead. The result of their efforts was Mount Auburn Cemetery — the first true “rural” cemetery in the United States and the model for countless other cemeteries across the country.

In 1831, General A.S. Dearborn, one of the founders of Mount Auburn, released a 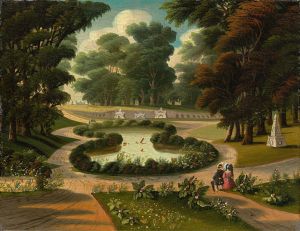 statement about the newly opened cemetery and emphasized its broad appeal. People from all classes were expected to not only buy cemetery plots but to use the it as a park and “pleasure ground.” Jacob Bigelow, the original visionary behind Mount Auburn, designed the cemetery to complement the natural features and curves of the land. It was a place to go for reflection on death, but also to reflect on your place in life. Bigelow hoped that the best of art and nature together could transcend the “horrors of mortality.” As Sachs puts it, Mount Auburn “suggested that the fullness of life could be tasted only through a constant awareness of death.”

People were invited to take their time observing the beauty of the land and the tranquil peace of those buried there. By 1843 there were over thirty miles of trails on the 110-acres. The concept took off with an American people largely worried about the retreat of pastoral landscapes and Mount Auburn became one of the leading tourist attractions of the young republic, often mentioned together with places like Niagara Falls or Mount Vernon. People visited, walked, picnicked, and held funerals on the land.

The popularity of Mount Auburn influenced a whole generation of cemetery development and the creation of more general public green space was not far behind. William Cullen Bryant proposed what would become New York’s Central Park in the 1840s, about ten years after the opening of Mount Auburn. Both the Boston Common and Mount Auburn greatly influenced the success and design of parks and recreational areas all across America. However, as the more rural-style cemeteries opened, the nature of these places changed to accomodate more burials and thus create more income for cemetery investors.

Historian David Charles Sloane uses Mount Hope Cemetery in Rochester, New York is an example of this trend in his 1991 book, The Last Great Necessity: Cemeteries in American History.  Newspapers complained that the managers were allowing tourists and disorderly locals to disturb Sunday ceremonies and that dance houses and saloons were popping up nearby since it was such a tourist attraction. 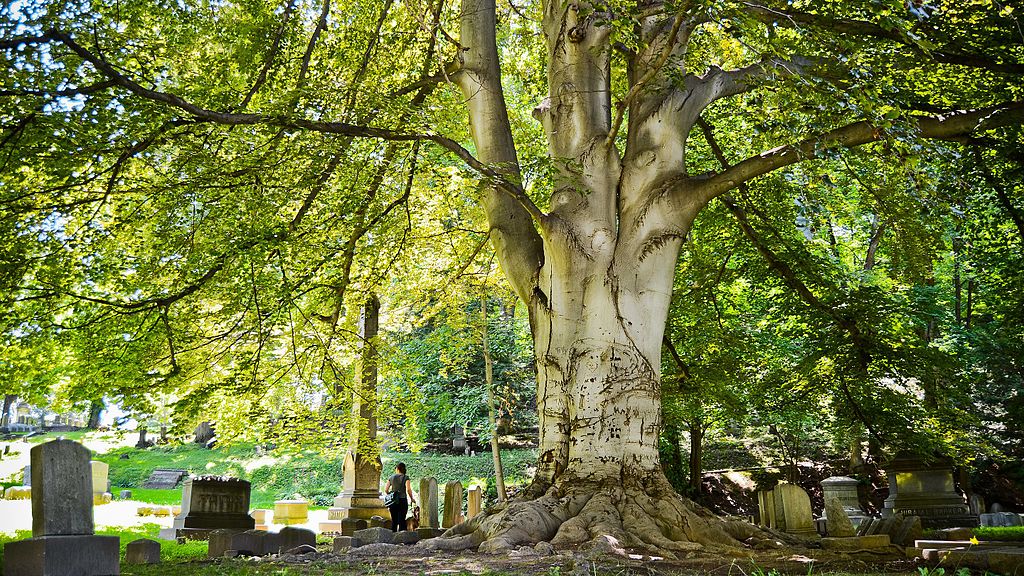 As cemeteries changed, the emphasis on “repose” lessened. By the 1880s, the rural-cemetery was slowly replaced by the more manicured (and more profitable) park-lawn design. The park-lawn cemetery emphasized grid patterns over placement which complemented the natural flow of the land. Combined with the fact that city parks became popular places for people to enjoy, the cemetery as a place of recreation and reflection started to disappear. By the mid-twentieth century, the park-lawn cemetery was too replaced by the very organized memorial park cemetery. The cemetery became more isolated — a place to visit a deceased loved one, but not necessarily a place that encouraged contemplation or recreation.

Cemeteries were some of the first parks Americans had access to. The creators of Mount Auburn wanted just that for their cemetery, a place for people to come and enjoy nature while also being exposed to the natural cycles of life. By being physically near spaces of death, people could become more comfortable with their own mortality. As we consider the place of cemeteries in our modern lives, we shouldn’t forget these origins and should encourage people to use the cemetery for walking, quiet contemplation, and as a natural retreat from the fastness of modern life, just as Bigelow and Dearborn wanted for us almost two hundred years ago.